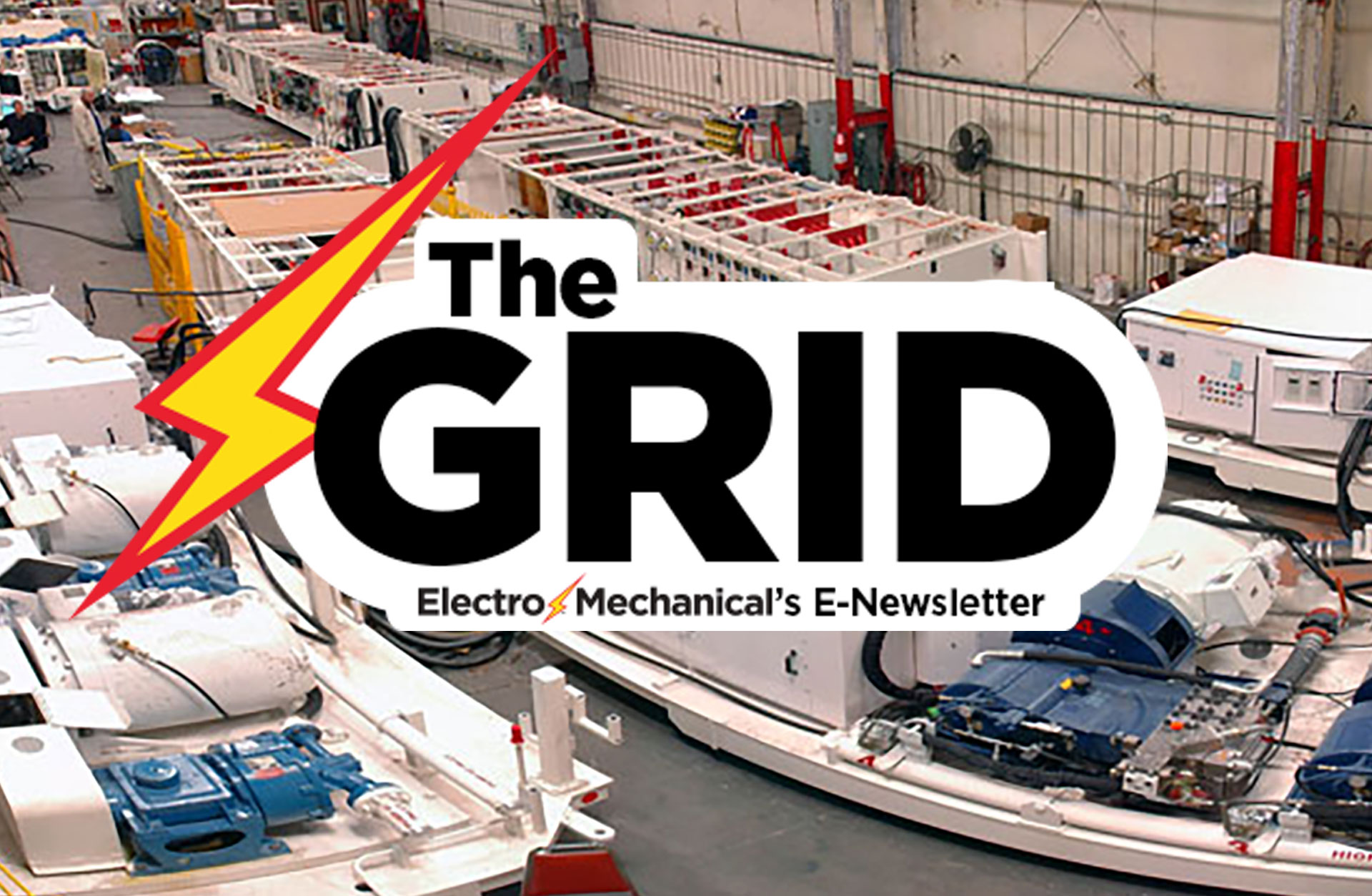 A WORD FROM OUR CEO

Welcome to THE GRID, Electro-Mechanical’s new e-newsletter. Every other month, we’ll be sharing news from our home location in Bristol, Virginia, keeping you up-to-date on product details, essential industry developments and shared successes.

2018 marked Electro-Mechanical’s 60th anniversary, a milestone that demonstrates our commitment to upholding the core values established at our beginning: serving our customers; acting with integrity, honesty and a sense of urgency; delivering excellence in all we do; and encouraging entrepreneurialism. This model has served multiple generations of family, co-workers and customers well, supporting the creation of long-term relationships that remain steady and focused, even in the midst of evolving markets and industry advancements.

As we move forward into 2019, we look forward to providing our partners with continued quality and excellence in all our interactions. Customers in all 50 states and the District of Columbia, in provinces across Canada, and in countries throughout Central and South America depend on our products to distribute power and drive productivity — and we take tremendous pride in seeing our finished products out in the field and hard at work on your behalf.

If you have recently completed an installation or project, let us know so that we can applaud your achievements. Information and high-resolution photos may be sent to newsletter@electro-mechanical.com.

Whether you do business with one or all of our divisions — Federal Pacific, Line Power, and Electric Motor Repair and Sales Company — we consider it a privilege to serve you.

THE NIGHT THE LIGHTS WENT OUT … IN NEW ORLEANS

On February 3, 2013, an unprecedented event occurred at Mercedes-Benz Superdome in New Orleans: the Blackout Bowl.

That was the name given to Super Bowl XLVII after a power outage caused the Superdome to go dark, suspending play for 34 minutes while spectators did the wave and mocked the situation on social media. The event was dubbed the MVP — most valuable power outage, and the marketing team behind Oreo cookies, rather than the Baltimore Ravens, won the day with an infamous tweet of “You can still dunk in the dark.”

The cause of the outage was eventually traced to a faulty electrical relay device, manufactured by a vendor supplying Entergy New Orleans, the company that provides power to the stadium. Ironically, the relay device was installed in switchgear designed to protect the Superdome from a cable failure between power lines.

Network systems are an alternative to traditional power distribution methods, providing two or more parallel feeders to supply networked customers, which allows uninterrupted power during many power system problems. They deliver the highest level of reliability for power distribution systems and are most desirable for critical loads.

As a result, an outage on a primary feeder does not cause a customer outage. In addition, less transformer capacity is required, there are lower peak loads on transformers, transformer losses are typically less, and the system provides improved voltage regulation.

Federal Pacific’s Network Protector Switchgear helps power companies provide seamless service for their customers with higher voltage needs, such as metro areas, skyscrapers, airports, hospitals, stadiums and other very large facilities, ensuring that the lights stay on ― no matter what. The switchgear unit is used in 4160-volt applications, enabling power companies to parallel several transformers through the network protector, and safeguarding the entire system by automatically separating out a transformer that experiences any issues — keeping the system running smoothly and the power from going out.

Federal Pacific’s switchgear unit is a pre-wired, self-powered, complete network protection solution, with a customized entry and exit configuration for ease of use. Major components are draw-out for easy inspection and service.

Federal Pacific’s Network Protector automatically disconnects the distribution transformer from the secondary network when the power starts to flow in the reverse direction. The fault is quickly isolated and prevents service from being interrupted ― and ensures that no one has to dunk in the dark. 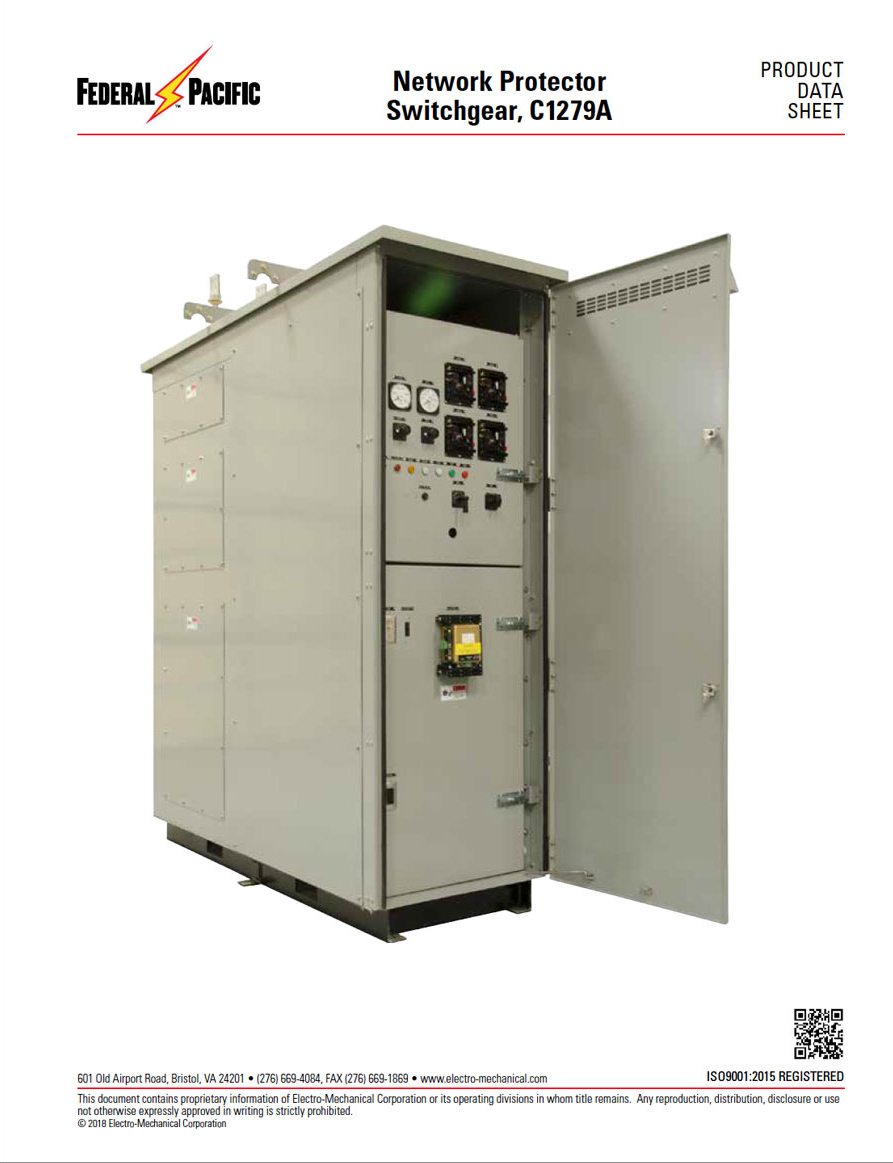 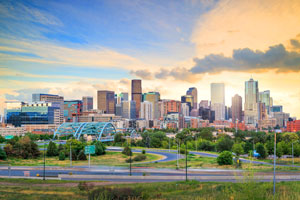 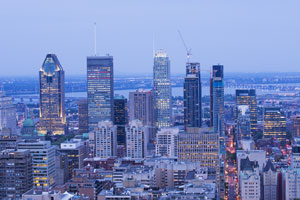 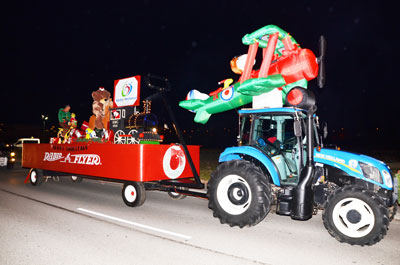 Christmas is a favorite time of year at Electro-Mechanical, and on Thursday, Dec. 7, 2018, our vintage Radio Flyer red wagon-themed parade float took part in the Bristol Christmas Parade. The float, which featured a locomotive emblazoned with “EMC 1958,” the year of our company’s founding, was awarded the Spirit of Christmas grand prize. 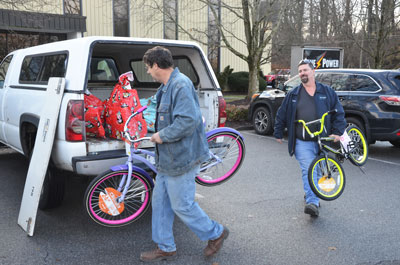 In other holiday observances, we had the opportunity to adopt 121 children participating in Bristol’s 2018 Santa Pal program. Our success as a company would not be possible without the heart and soul of our co-workers, and we would like to express special thanks to team members Gerald Harlow and Gil Bedwell for their hard work in loading presents for delivery and spreading Christmas cheer.

Have an order, or a question for our Electro-Mechanical staff? Contact our divisions: 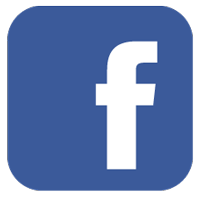 We use cookies to ensure that we give you the best experience on our website. Got itNo